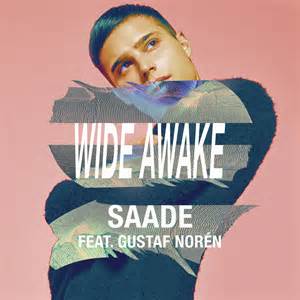 Eric Saade back with infectious summer single
Eric Saade has come a long way since reaching top 3 for Sweden at the Eurovision Song Contest with the song ‘Popular’ in 2011. The pop star already released four albums and a fifth is in the making. This time around though, he tries to shake his poppy image, by trying to go all indie electronic, of course still pop, on us. He actually pulled it off quite convincingly on his single ‘Colors’ earlier this year, remaining a pop sound, but more synth oriented and less predictable. ‘Wide Awake’ is the follow up and it is extremely catchy!

I honestly have to warn you guys here. You have to be prepared to be haunted by ‘Wide Awake’ in your head the rest of the day, because once you listen it is not going to leave anytime soon. Luckily the repetition in the chorus never gets annoying and the production is once again very much on point. He worked with State of Sound, just like on ‘Colors’, but ‘Wide Awake’ features vocals by Gustaf Norén as well. The synth pop is mixed with a tropical vibe and some hints of dancehall which makes it perfect for summer. There are even some Arabic influences to be heard, especially in Eric’s vocals which sound stronger than before. Exciting to hear what more he has in store on album five!

Album of the Moment: VICTORIA – a little dramatic